How long will crypto winter last?

By Kostiantyn Tsentsura24.06.2022
How long will crypto winter last

The current crypto winter began right after the Luna platform crash in May 2022. Some experts predict it could last at least the next two years.

If you rush to jump on the last train and buy crypto in the dip – there is a piece of good news for you.

Some crucial indicators show that the current price correction is far from its end.

The next US Federal Reserve meeting is scheduled for July 27. And the American regulator can increase interest rates once again with a high probability.

So the main question here is when to expect the long-awaited price rebound?

Some experts believe that we would wait for this more than anyone predicted previously.

The Wealth Today Summit, which was held right after Bitcoin fell below $20 000 on June 18, gives some insights into the crypto market future.

Experts say that the current correction is inevitable, and this is ‘part of the natural cycle of a decade-old digital asset industry’. Moreover, some say that the correction is needed to happen as the market matures. But the bad side is the estimated time for crypto winter to end.

“It could last anywhere from a year to two years, maybe even less than that. Crypto has not experienced an extremely aggressive macro environment like we are experiencing right now. Grappling with the fear of recession and regional warfare simply did not happen since crypto’s inception,” a research associate at 21 Shares Karim AbdelMawla has said, hinting at the unprecedented world crisis.

According to him, algorithmic stablecoins remain the ‘true innovation in the crypto space’, even despite the UST collapse. To become a really decentralized monetary system this kind of asset shouldn’t have any points of failure, Karim AbdelMawla thinks.

“The conclusion, or the lesson we have learned, [is that] no matter how algorithmic the stable coin design might be, it needs to be backed up with collateral,” AbdelMawla underlines.

Crypto is now highly correlated with the stock market, he said, adding: “A lot of things have to be sorted outside of crypto to have a fleeter vision of how long this might last.”

The Dubai Wealth Today Summit participants have also agreed that crypto is now highly correlated with the stock market. And crypto is also filled with overhyped products.

Earlier Dubai and UAE became the crypto hub for wealthy Russians. As they have struggled to withdraw their money because of several waves of economic sanctions.

Survivors would get everything

Some other experts compare the current crypto collapse with the dot-com bubble in the late 1990s. So surviving tokens are having great chances to thrive after all.

Some even believe crypto assets that would live through this crypto winter could become the next-gen tech companies rivaling Amazon and eBay.

“The analogy for me is the dot-com boom when $5 trillion was wiped off values. A lot of companies went, but the technology didn’t go away. It came back 10 years later, and those that survived — the Amazons and the eBays — turned out to be the dominant players,” Bank of England Deputy Governor Jon Cunliffe said at the Point Zero Forum in Zurich.

As we have already heard about the ‘third-gen cryptos’ (and as we watch the Merge of Ethereum also), this statement sounds pretty intriguing.

Cunliffe accepts that crypto technology has ‘huge applications and potential within the financial sector’ even though the market is wobbling at the moment.

So even the traditional banker expects crypto technology and finance to maintain changing the market structure.

Do we have reasons not to trust him?

Cardano vs Ethereum: the battle rages on amid crypto crash 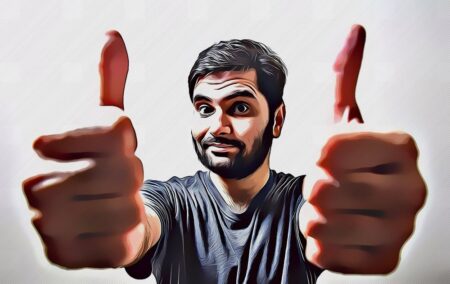 Ethereum Merge in 2022 is inevitable. Or is it?