Bitcoin is back above $20 000, but the overall crypto market situation is like stably bad. What should have we learned from all this mess?

Last Sunday was the worst for the crypto market since November 2020 as Bitcoin price plunged under $18 000.

Now we can see some market restoration, but the general mood remains bearish. And the next US Federal Reserve session would probably again bring higher interest rates.

Anyway, we have to deal with it somehow and keep the community alive.

So here are a few lessons that we all should have learned during the last month.

One can’t rely on the past to predict the future

As we see more technical analysis going wrong – you clearly should question and doubt any experts’ forecasts.

According to the previous years’ data, Bitcoin should have shown great performance right now. But this isn’t happening through current events and the economic situation.

This fact doesn’t cancel traditional pattern recognition as a financial analysis tool, but now you shouldn’t rely on every similar dip and peak.

Today you can’t predict how long the current recession would last, so any long-term risky investment can be untimely.

In the crypto community, doubters are often treated as haters. And bull-market forecasters often appear wrong and vice versa.

So it’s essential to keep your healthy skepticism on every single opinion. Because no one knows for sure, where it would bring us.

“In conversations with acquaintances, whether or not one was invested in digital currencies suddenly became an invisible marker of those who were in the know. Somewhere in the excitement of the new, a healthy skepticism was pushed aside,” Forbes fintech contributor Ilona Limonta-Volkova writes.

She thinks that this market selloff is a prudent reminder of ‘the importance of cultivating a well-reasoned contrarian point of view’.

Don’t be shy to sit aside

If you are one of those who experience crypto FOMO – try not to rush reacting to events and take your time on any decision.

During the last few months, the situation on market has turned upside down repeatedly. So nothing can really serve as a ‘last’ indicator for you to jump in.

“You do not have to form an opinion immediately, or indeed, at all. You can take your time learning, asking questions, and reaching your own conclusions,” says Limonta-Volkova.

That’s quite a good remark, especially for the novices.

Keep screenshots of celebs who gave up crypto

In the last years, you could see a lot of celebs promoting crypto. As usual, this kind of adds disappears during harsh market drops.

“Black Swan” author Nassim Nicholas Taleb advises crypto investors to keep screenshots as ‘Bitcoin can be a gold mine for lawyers’.

“When regulations are fuzzy, there is a lot of room for civil suits, as with the junk bond debacle (in addition to criminal ones, e.g. Milken),” Taleb has tweeted.

According to him, hidebound defrauded investors can use it as a legal way to find who to blame and try to return their money.

In case you don’t want to take responsibility for your actions, obviously.

What could kill Bitcoin?

Who is swimming naked? Mark Cuban comments on the crypto market crash 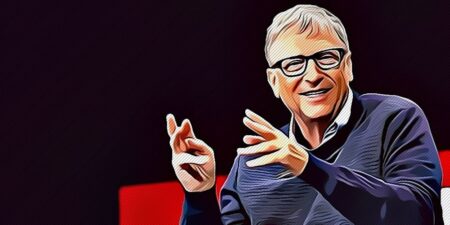 Bill Gates says crypto holders are fools. He is obviously smart as he has no tokens at all