Can quantum computers kill Bitcoin? Very likely, unless we take action in advance

The main power of Bitcoin – as well as the blockchain in general – is strong cryptography together with decentralization. Mining process – so heavily criticized by ecology activists – is providing a high hash rate in the network making which makes hacking it too costly.

Basically keeping encrypted data on multiple nodes around the world makes Bitcoin and other crypto projects almost invulnerable to hacking.

Of course, some of the blockchain projects have already been successfully attacked, but Bitcoin as the flagship of the crypto movement is still infallible.

But what about quantum computing with its virtually limitless computing power. Cryptography as we know it might be an easy prey for it.

So the question begs itself. Can quantum computers kill Bitcoin and be hazardous for the rest of blockchain-based projects?

What are quantum computers?

A quantum computer is a type of computer that uses quantum mechanics. It can perform certain kinds of computation more efficiently than a regular computer can.

A regular computer stores information in a series of 0’s and 1’s. Different kinds of information, such as numbers, text, and images can be represented by combining 0 and 1 in numerous ways.

We don’t want to get too deep into quantum physics here, but just remember that famous Schrodinger cat. The cat seems alive and dead simultaneously until you open the box. Only then you can see the cat’s actual state.

How real quantum computers are?

According to IBM, a quantum computer containing 275 qubits would permit it to “represent more computational states than there are atoms in the known universe”. Of course, monstrous quantum computers can kill Bitcoin, at least in theory.

As of now, the most powerful experimental quantum computer consists of 65 qubits. It’s an IBM creation. Intel operates a processor that is composed of 49-qubits. Google also extensively invests in quantum computing.

All these projects require exceedingly low temperatures to permit the entanglement of the particles. This is the only way for rather complex calculations to take place. Because this is how the notorious quantum entanglement appears. And quantum entanglement is the main driving force of quantum computing. One particle is able to “communicate” with its counterpart, alterations in one of them cause immediate alterations of the other.

Critics of quantum computing claim that we have never actually achieved the real entanglement, all those qubits are simulations. But that is definitely a topic for a scientific article on a different website. What is important is that quantum computing seems more and more inevitable with each announcement coming from Google, IBM or Intel.

Now we are finally approaching the most thrilling question. Could quantum computers kill Bitcoin and blockchain?

The basis for reasoning on this topic can be simple logic. Blockchain’s cryptography uses classical computers. Given that quantum computers are much more powerful, blockchain encryption will be an easy prey for them.

Let’s take a look at the most important factors here.

How can quantum computers kill Bitcoin

So what seems impossible to break with traditional computers might be an easy job for quantum computers.

A big enough quantum computer can potentially break the encryption technology used in blockchain. The closest comparison would be somebody entering the knife fight with an automatic gun.

A hacker armed with a quantum computer might have great chances to hijack blockchain networks.

Is there an immediate threat to Bitcoin?

No, there isn’t. Blockchain networks don’t face an immediate threat from quantum technologies. Quantum computers can’t kill Bitcoin now as they are too complex and way too experimental for wide usage.

There are no signs of quantum computers fighting against Bitcoin in the near future.

In the future, quantum attacks might be able to break the encryption algorithms used in today’s Bitcoin.

And they are probably not capable of doing so in the near 10 years. That gives Bitcoin a window to strengthen its security measures so that it can survive hackers armed with quantum computers.

If quantum computing can be used to hijack blockchain, it might supposedly be used to develop the encryption levels.

Is blockchain already adapting to the quantum computing age?

Are there quantum-resistant blockchain networks already?

Well, some blockchain experts have been warning about potential Bitcoin vulnerability to quantum computing for years. And this leads to a simple conclusion that if powerful quantum computers can kill Bitcoin, they can also be used to protect it.

No wonder, some cryptocurrencies have anticipated the threat from quantum revolution early. There are some projects already building quantum-resistant blockchain networks. A few examples are QRL, Hcash, and IOTA.

We’ll have to wait and see if Bitcoin developers are taking the threat seriously. After all, encryption is vital for any cryptocurrency, so why not use quantum computers to fortify Bitcoin as soon as it become possible. 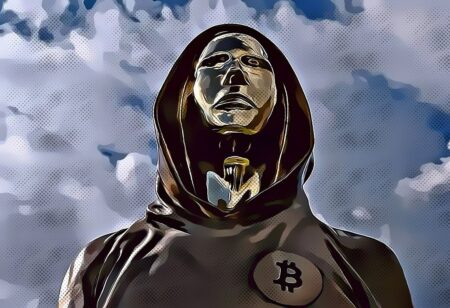 Who is Satoshi Nakamoto? 10 wildest theories about the mysterious Bitcoin creator