Who is Satoshi Nakamoto? 10 wildest theories about the mysterious Bitcoin creator

Bitcoin has brought enough change to the world for his creator to become a legend. Who is Satoshi Nakamoto and will we ever find him? And does the CIA have anything to do with him?

Satoshi Nakamoto might one day receive a Nobel Prize for Bitcoin. Of course, if he ever shows up. Because, you know, these prizes are never awarded anonymously.

The fact that in the age in which it is extremely hard to be anonymous, the identity of the Bitcoin creator is unknown tells a lot.

Satoshi Nakamoto seems to be very reluctant about revealing his real identity.

No wonder there are plenty of theories about who Satoshi Nakamoto is or was.

Some of them are very well reasoned. Some are just preposterous. But still the Bitcoin itself is such an extraordinary revolution that nothing related to it should be approached with ordinary standards.

Let’s take a look at some of the most wild theories about who Satoshi is.

Satoshi Nakamoto created Bitcoin – what do we know for sure

Bitcoin has sparked a phenomenon that, its proponents believe, might rewire the entire global finance. Today Bitcoin is worth more than $1 trillion. Plenty of competitive cryptocurrencies have appeared.

So how come we still do not know who invented Bitcoin? Who actually is Satoshi Nakamoto?

His public life was pretty short. Here is the list of things he had done before he vanished.

The public life of Satoshi

What is the reason for Satoshi to hide his real identity?

In the early years, members of the cryptocurrency community assumed that Satoshi remained anonymous mainly out of fear. He could be afraid of getting arrested or something. It was yet to be seen if Bitcoin would be widely accepted and not approached as something illegal and criminal.

Most intriguing theories about Satoshi Nakamoto

Over the years many people were pegged as “the real Satoshi Nakamoto”. At the same time many people have voluntarily claimed to be him.

And in all the cases there was not enough evidence.

Who is Satoshi Nakamoto if not Dorian Nakamoto?

Dorian Nakamoto, who graduated in physics from California Polytechnic and worked on classified US defense projects, is a Japanese-American scientist. He clearly showed libertarian leanings, just as Satoshi Nakamoto in his papers.

This version seems to be the most reasonable. Even Newsweek claimed Dorian Nakamoto to be “that Nakamoto”.

Back in 2014, the magazine made the first high-profile attempt to reveal the identity of Bitcoin’s founder. That was a clear sign that Bitcoin was going mainstream.

But Dorian Nakamoto denied the claim. He told media he had nothing to do with Bitcoin.

One of the earliest theories claimed that the answer to the question of who Satoshi Nakamoto is was pretty obvious. Hal Finney, a cryptographer who worked with Satoshi closely in the early days of Bitcoin, was the first suspect. Satoshi Nakamoto allegedly made his first Bitcoin transfer to Finney. Why wouldn’t we assume that there was no mysterious Bitcoin creator with Japanese roots? Maybe Hal Finney is Satoshi?

Finney denied such allegations. He died in 2014, so even if he was Satoshi we will probably never find out. And those $55 billion will remain untouched forever.

Andresen is alive and has always denied any possibility for him to be Satoshi. There hasn’t been evidence to prove otherwise.

The main reason why people keep thinking of Andresen while trying to answer the question “Who is Satoshi Nakamoto” is that Andresen is the person responsible for Bitcoin development in 2011-2012. Exactly when Satoshi was already absent.

Andresen became “core maintainer” and chief developer of the open source code that defines the rules of Bitcoin. He used Nakamoto’s legacy and diligently worked full-time on the Bitcoin code for years. Andresen conceived the nonprofit Bitcoin Foundation which is now the closest thing to a central authority in the world of Bitcoin.

He denied the claim that he was Satoshi. But many people think that even if he isn’t the mysterious creator of Bitcoin he might still know who Satoshi Nakamoto is.

Nick Szabo is a computer engineer who had actually worked on something very much like Bitcoin years before Satoshi Nakamoto appeared. He conceptualized a decentralized currency he called Bit Gold. It has some obvious resemblance with Bitcoin. And he proposed an idea of smart contract in 1996.  No wonder many experts started seeing a possibility for Szabo to be Nakamoto.

In 2014, a group of researchers at Aston University in Birmingham, England, carried out a linguistic analysis of all the correspondence of Satoshi Nakamoto in the early days of Bitcoin.

The researchers concluded that Szabo was most likely to be Nakamoto. Szabo has denied the claim. No other evidence to that theory has ever appeared.

Elon Musk mentioned Szabo in one of his interviews as a possible candidate for the role of Satoshi Nakamoto. He claimed Szabo was “more responsible for the ideas behind Bitcoin than anyone else.”

This is a more interesting story. Craig Wright is an Australian programmer who lives in London. In 2016 he claimed to be Satoshi Nakamoto.

The Bitcoin community did not give him a warm welcome. His claims were quickly rejected. Wright was eager to stand with his claims. He even pledged to prove he was Nakamoto by moving some of those early bitcoins. He also sued some media who tried to announce his claims false.

Yet to this date, he hasn’t done anything that could make us believe he actually is Satoshi Nakamoto.

Dave Kleiman was, well, a part of “Satoshi Nakamoto”?

Wright’s story seems a bit more intriguing when you remember the Florida lawsuit.

Wright himself was sued by the family of his deceased colleague named Dave Kleiman. The suit claimed that Wright actually had been developing Bitcoin together with Kleiman.

And as a result of this business partnership Wright owed Kleiman’s family half of those Bitcoins they had mined. There was a trial process, almost Hollywood alike.

But the jury found no evidence that Wright and Kleiman were Bitcoin creators, separately or jointly.

Could Elon Musk be Satoshi Nakamoto?

That might be one of the weirdest ideas ever. But still some people think Elon Musk could have something to do with Bitcoin development.

The theory has been around for years. However, Musk has denied these allegations. His direct answer to one of his Twitter followers points to a fact that Musk does not own any BTC.

Of course, putting Musk in charge of literally everything now is quite trendy. Recently a theory has been announced that claims Elon Musk and Vitalik Buterin are creators of Shiba Inu.

Seeing Musk as Satoshi Nakamoto is something any of his true fans is eager to do. Musk is a genius, right? He put us all into electric cars, he is about to send humanity to Mars. Why couldn’t he also invent the revolutionary cryptocurrency?

But no matter how attractive this idea might seem, we have absolutely no evidence for it whatsoever.

Is Satoshi Nakamoto nothing but a puzzle?

Years ago some people supposed that Satoshi Nakamoto might be a group of people actually hiding behind that name.

If the theory is true, the name Satoshi Nakamoto might not mean anything at all.

Or it may be a puzzle.

What if people from that mysterious group of thinkers not only created Bitcoin but also tried to tell us something with that strange name?

Could “Satoshi Nakamoto” be just a puzzle? Well, if it is. What does it tell us?

At the moment, there are two quite wild theories about that puzzle.

According to the first of them, in Japan names are presented by surname first. So we need to write it as Nakamoto Satoshi.

If you take a Japanese dictionary and look up the word Nakamoto you will find it means “central origin”. Looking up the word Satoshi gives us “wise” or “clear thinking”. You could also derive the word “intelligent” from it.

So adding a little imagination could easily lead you to assume that Satoshi Nakamoto is Central Intelligent. Which basically means we are talking about the CIA.

Another conspiracy theory shows that Nakamoto could have been a corporate consortium. The name Satoshi Nakamoto, in this theory, derives from these four names: SAmsung, TOSHIba, NAKAmichi MOTOrola. 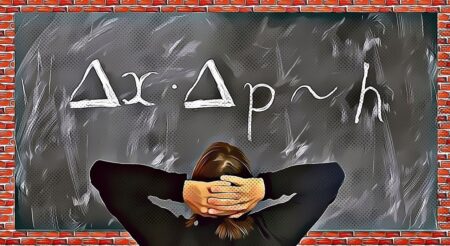 Can quantum computers kill Bitcoin? Very likely, unless we take action in advance