The real metaverse is yet to come. But a lot of platforms have already claimed their own virtual worlds and even started selling their tokens. Which of them you should watch this year?

Do you remember metaverse?

Yeah, that is the kind of stuff that everybody was talking about before the crypto market crashes in the spring of 2022.

Mocking any metaverses isn’t trendy anymore as more and more world-name companies entering it, living there billions of dollars.

Even the father of the Metaverse definition Neal Stephenson is launching his own metaverse. Without intricate AR/VR headsets and with a good old keyboard/mouse to control your avatar.

Stephenson didn’t announce his metaverse’s coin yet. But we surely can wait for it anytime soon.

Meanwhile, let’s talk about the most interesting metaverse tokens worth watching to the end of 2022.

Probably the most popular metaverse with its tokens still standing in the list of top cryptos by market capitalization.

We had a detailed story about Decentraland and how to enter it here.

With a peak price of $5,5 in November 2021, now MANA is almost seven times cheaper. But its community continues creating a lot of weird NFT and selling pieces of land inside its virtual districts.

The good news is that now you can create your avatar in Decenraland a way cheaper. Three months ago you have to pay almost 300 bucks for it (100 MANA). At the time of writing 100 MANA is like $84.

So try to think about it.

Launched at the beginning of last year the token skyrocketed to $28,4 in November. Right now you can buy it for a bit more than $2.

The current week seems to be bullish for ALICE as its price grew almost 10%.

The ALICE blockchain is the basis for an eponymous virtual world where users are supposed to trade some farmlands and collect and create items there.

The building metaverse uses ALICE tokens as its own currency on the platform. Users can also pay with it for collecting awards and scoring some achievements.

Besides its main currency AXS, Axie Infinity metaverse has kind of on-duty tokens SLP to trade items inside the game.

If you didn’t know, Axie Infinity is about creating and collecting some funny creatures that can compete inside on Ethereum blockchain network.

Similar to Pokemon Go, the game also allows you to trade your collectibles and make unique virtual creatures.

To enter the metaverse you have to buy some AXS tokens that now cost around $14.

SLP price is $0,003 right now as its value dropped six times during the last three months.

Priced at only 40 cents on its launch SAND reached its maximum of $8,4 last year.

Now the much-hyped metaverse token trades at 85 cents, and it may be a good opportunity to buy the dip.

Once promoted by Snoop Dogg, the Sandbox is a 3D-metaverse that combines some MMO and RPG features. Users can create and customize their avatars, and trade virtual plots of land with high graphics quality and maximum performance.

with the ability to buy virtual plots of land with high graphics quality and maximum performance.

In December 2021, the first test season of The Sandbox ended, which attracted a lot of users to this platform.

Today TLM’s price is only two cents, but at the moment of launch token value was more than $6.

Metahero developers have already launched their branded scanners in 4K HD, and they are currently working on upgrading to 16K Ultra-HD.

The general concept is ultra-realistic metaverse allowing players to scan real-world objects and themselves.

Its native utility asset HERO is a BEP-20 token launched on the BNB chain. It had its maximum of 24 cents a few months ago and now it’s trading at $0,008.

Futuristic metaverse gives you the chance to enter the future Earth centuries from the present.

With a lot of fantastic spaceships, resources, collectibles, structures, and access items you can join any of three available factions and start collecting items.

There are also interplanetary missions and a 3D star atlas coming soon.

Based on the Polygon blockchain, this metaverse got investments from KuCoin, CoinMarketCap, and Coingecko platforms.

The BLOK presents the NFT marketplace with its virtual real estate. As in other similar games here, you can freely customize your characters, buildings, and decoration.

The platform provides a real VR experience to its digital landlords that can either stake tokens or use it for on-platform trading.

BLOK coin is available for purchase right now for $0,003324. The token maximum price was spotted at the 17 cents level in October 2021.

The metaverse is presented by its authors as a ‘fully immersive shopping, retail, and entertainment experience in virtual reality’.

The real-world copy should combine various gaming elements and form its own standalone virtual space.

RFOX developers are tending to build the ecosystem of virtual commerce interoperable with tournament-based play-to-earn games.

The RFOX multichain token was launched in late 2020 at approx one cent price. After its peaks at 33 cents now RFOX is trading at one cent again.

“Gala Games aims to take the gaming industry in a different direction by giving players back control over their games. Its mission is to make blockchain games you’ll actually want to play,” Coinmarketcap reads.

TownStar game, recently beta-launched by Gala Games, is an industry and farming browser simulator with the same concept of creating and trading virtual items.

Gala Games plans to drop at least 14 games in its store soon, so you can choose between them within one platform.

GALA token ranks 77 by the crypto market capitalization with the current price of five cents.

Neal Stephenson was the father of Metaverse, remember? Now he wants one for himself

Decentraland metaverse opens its first virtual hotel, rather luxurious. Not for average Joe 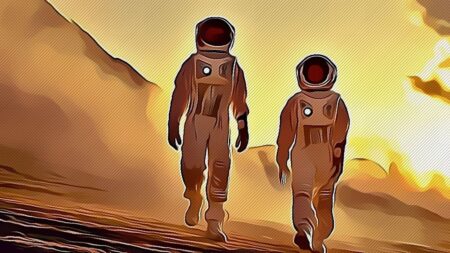