Ethereum is preparing to the Merge once again. It is going to happen soon enough for miners to begin worrying. What to mine after Ethereum switches to PoS? Especially if you consider the current crypto crash and plummeting prices of major tokens.

Mining is one of the most popular ways to make money with crypto. Holding and staking have become quite popular and profitable. But miners aren’t going to disappear anytime soon.

Even despite the fact that mining has been steadily becoming less and less profitable, new miners continue to arrive. They are looking for new options to reduce electricity costs, using more advanced equipment etc.

Bitcoin mining has become an elite business, requiring enormous investment, but Ethereum mining is still available even if you own nothing more than just a gaming GPU.

Now that Ethereum switch to Proof-of-Stake (PoS) is postponed once again miners can rejoice and just keep mining. But not for long. The Merge is planned for Autumn.

Miners are actively thinking about what to mine after Ethereum starts to use PoS.

Will mining still exist after Ethereum 2.0

There are dozens of coins that still use Proof-of-Work (PoW) model. Apart from bitcoin, these are coins such as Ravencoin, Firo, Cortex etc.

As of April 2022 none of other PoW cryptocurrencies can compete with Ethereum in terms of profits.

But the main hope here is that after Ethereum mining is over other coins will start to rise.

This a controversial prediction, of course. Many experts point out that huge mining capacities, freed after Ethereum quits, might be too huge for other coins.

This means that the overall mining capacity will be much bigger than other coins really need, that it will drop mining difficulty to such a low level that the profits will fall dramatically.

Still there is a chance that some of those coins will become more prominent and scalable as a result of growing mining capacities. That will inevitably lead to their prices growing. And thus mining will be profitable again.

What to mine after Ethereum goes to PoS in Autumn 2022?

Let’s leave the theory and move on to practice.

There are plenty of websites tracking the current mining profitability. Using data from one of the most popular of them we tried to figure out the list of the cryptocurrencies that might become the most profitable after Ethereum switches to PoS.

We are taking desktop Nvidia GeForce RTX 3080 as a refence. At the time of writing, you could mine ETH to approximately $3.3-3.5 (electricity bills are not included).

VItalik Buterin’s Ethereum (ETH) is basically a fork of that old Ethereum developed in 2014.

After infamous security scandal that took place in 2016 Ethereum went its own way, while the previous version of the blockchain remained in development under the name of Ethereum Classic.

Its publicity can’t be even roughly compared to the one Ethereum has achieved. But what is important is the fact that Ethereum Classical is still based on mining and there are no plans to switch to PoS.

Many analysts say Ethereum Classic is the obvious choice of what to mine after Ethereum goes PoS. As of now, ETC mining can give you as much as $2.1-2.3 per day with the aforementioned RTX 3080 graphic card.

Firo, formerly known as Zcoin, is not among those widely discussed. Being overshadowed by many other tokens Firo claims to be aimed at using cryptography to provide better privacy for its users compared to other cryptocurrencies such as Bitcoin. The coin looks promising, though you probably heard this more than once since Firo exists for almost 6 years now.

FIRO is slightly more profitable than ETC now with approximately $2.3-2.4 per day on RTX 3080. But we have to put it lower in our rating because of its rather vague perspective in the future. But still FIRO is one of the most obvious answers to the question what to mine after Ethereum goes to PoS.

This one is rather interesting. Ravencoin is almost the exact copy of Bitcoin in terms of the blockchain architecture. So it will always depend on mining to sustain its activity.

Thus, RVN is quite a simple choice of what to mine after Ethereum switches to PoS.

There is a direct evidence that Ravencoin’s future might be quite bright. While the coin’s price remains in line with most of the crypto market fluctuations, RVN manages to attract more and more miners.

Will you need to upgrade your mining hardware?

The short answer is no.

There are some tokens (like Cortex) that require much more powerful hardware to be mined than Ethereum now. But the potentially most profitable – the ones we mentioned above – are just as power hungry as Ethereum. It means your mining hardware that you are using now – before Ethereum PoS switch – will be just fine for mining ETC or RVN.

We don’t know what tokens will be the most profitable to mine after ETH if off, most apparent candidates are ETC, RVN, FIRO.

It is not clear whether mining will be as profitable as it is now, so if you are still uncertain about buying new  hardware you should better wait for Ethereum to switch to PoS. everything will be clear after that. 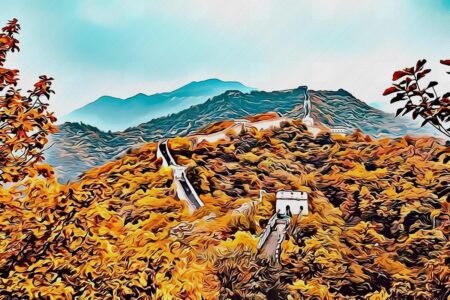