The Ukrainian government is betting on NFT. In cooperation with several companies, including OpenSea, it… 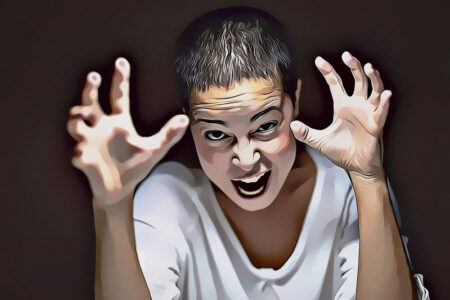 Ukrainian man lost $10 000 because of Terra and Luna crash. It was basically all…

Ukraine is receiving large crypto donations during its war with Russia. As the Russian invasion… 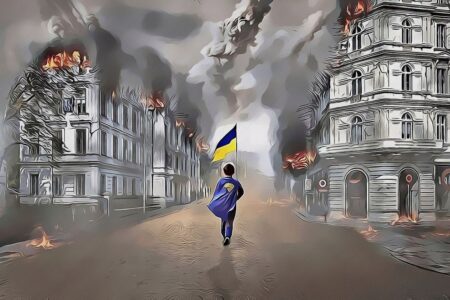 Blockchain goes far beyond cryptocurrency. There are hundreds of possible applications for numerous blockchain technologies.…

Binance to issue a rather controversial crypto card for Ukrainian refugees 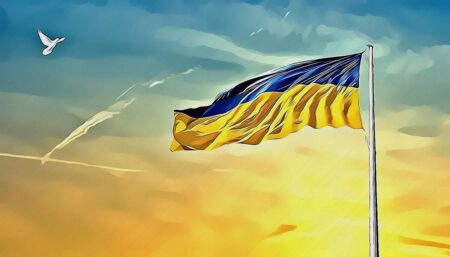 Ukraine recently legalized crypto, now it bans Bitcoin purchases. How is that possible? 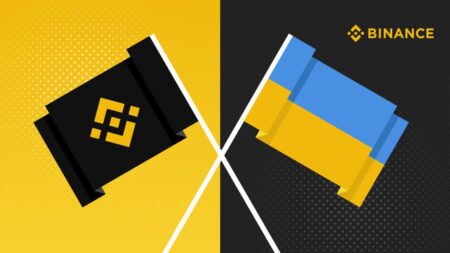 Ukrainian crypto mogul shouts at Binance, gets a harsh response. What is going on? 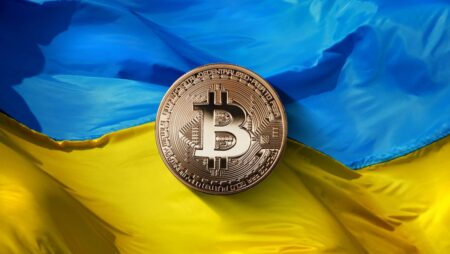 Five reasons why Ukraine should start its own cryptocurrency

It is a sunny spring day and the air raid alarm is now silent. This… Seven Ukrainian crypto projects that will shake the world

Ukraine is among those countries that quickly adopt crypto. And some of the Ukrainian crypto… 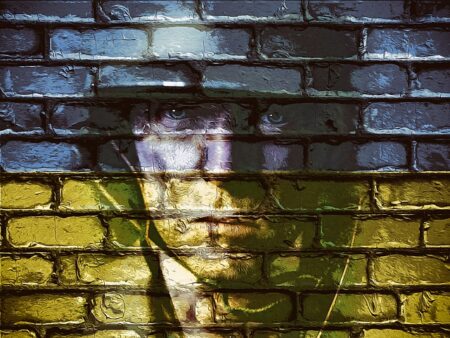 Ukrainian army has its own cryptocurrency now. Elon Musk, we’re waiting for your tweets

Crypto and blockchain in Ukraine

Ukraine fully legalized digital assets in March 2022 and thus became one of the prominent crypto countries in the world.

In war circumstances, crypto can save the Ukrainian economy and help fight Russian occupants.

So here is what’s going on with crypto and blockchain in Ukraine.

The biggest problem of crypto is the wide adoption of digital assets by different governments. The traditional economies still don’t want to give a big chance for the blockchain and all its implementation.

And yes, some countries legalized crypto. Salvador was the first to do it.

If it didn’t impress crypto skeptics – recently one of the biggest country in Europe legalized digital assets.

Dragged into the war with its barbaric neighbor, Ukraine just started building the new digital economy. The bill about crypto legalization came up last summer. But now, when the Ukrainian Army got millions in crypto donations and needs more, President Volodymyr Zelensky signed it.

As in most parts of the world, some Ukrainians acknowledged the idea of bitcoin and crypto in the early 2010.

There were the first enthusiasts who started testing the mining concept and crafting the first equipment for it. But at those times nobody could predict where the crypto will go and what the impact would be.

A growing number of programmers played a big role in crypto acceptance: after the first big price fluctuations of bitcoin and launching other tokens, the trend became irreversible.

The period of 2015-2017 became the golden era of Ukrainian crypto launching. Later the biggest crypto exchanges came to Ukraine and lots of services in the country started accepting digital assets.

Before the war, you could meet lots of offline crypto exchangers in the Ukrainian capital Kyiv.

Like in other countries, crypto in Ukraine was working in a kind of grey zone. So it’s not totally legal, but if it isn’t connected with illicit activity – it’s OK.

There are at least a few international and some Ukrainian crypto exchanges easily working with Ukrainian banks and transferring crypto in two twos.

Surely there is a bunch of stories about electricity theft for mining in Ukraine.

Some miners got illegal connections to the energy networks, some used state-owned institutions like universities, plants, and factories to install mining rigs.

Most of these cases were exposed by police, but the idea of legalization was in the air.

How many Ukrainians used crypto before legalization?

At the end of 2021, the triple-a.io cryptocurrency platform published research about countries with the most crypto holders in relation to the total population of the country.

Ukraine appeared to be the world leader in this terms. According to research, there are 5 565 881 crypto owners in Ukraine or about 12.73% of all Ukrainians.

Earlier in 2022 the Gradus company also came up with research, which says that more than 20% of Ukrainians aged 18-24 made transactions with cryptocurrency at least once.
According to the study, 77% of digital coin holders open their own crypto wallets, 31.5% spend cryptocurrencies on real goods, and 18.9% use them for video games.

What has the war changed?

After the Russian invasion of Ukraine at the end of February 2022, the necessity of crypto adoption has only increased in the country.

The Ukrainian government launched a crypto donation initiative to support the army.

“We operate in mostly Bitcoin, Ethereum, and Tether but we also got a huge donation of $5 million in Polkadot. A lot of people want to donate in other currencies, so we are now working on additional crypto wallets. For fiat, I think it is mostly U.S. dollar, and euro,” – Ukrainian deputy minister for Digital
Transformation Oleksandr Bornyakov said.

Ukraine’s Minister of Digital Transformation Mykhailo Fedorov said the country will get around $100 million in crypto donations.

The Minister also thinks Ukraine has the potential to take a leading position in the global crypto market. According to him, more than $300 million of crypto is circulating in the Ukrainian market every day. But this money is not regulated and taxed properly.

And then the legalization came up.

Ukraine – the country with legal crypto

On 16 of March 2022, President of Ukraine Volodymyr Zelensky signed a crypto legalization bill.

Earlier President Zelensky sent the law On Virtual Assets for revision. He proposed to classify virtual assets services as financial services. So crypto and blockchain in Ukraine are currently fully legal.

So Ukraine just entered the new era of the digital economy and became one of the most financially contemporary countries in the world.

Minister Fedorov thinks the crypto market is one of the most dynamic sectors of the digital economy. No other industry can boast such a strong rate of capital growth. No wonder Ukraine finally legalized cryptocurrencies and digital assets.